Get Me To Prague 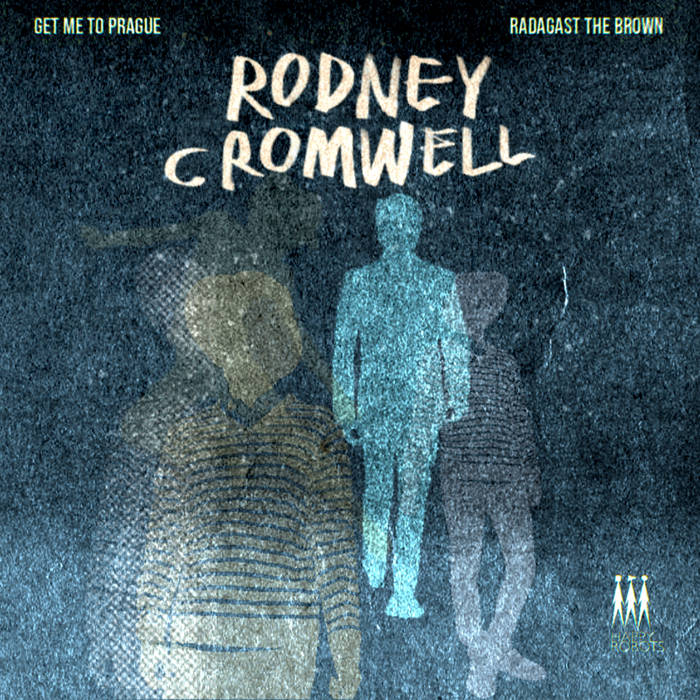 Rodney Cromwell is the nom-de-plume of Adam Cresswell. Both tracks on this new single were recorded while Cresswell was in his first band SALOON that operated between 1998-2003. Saloon released three albums with Track & Field (UK) and Darla (US). They toured extensively in Europe, supporting the likes of STEREOLAB, ELECTRELANE, QUICKSPACE and OF MONTREAL. They are remembered mostly today for their 3 John Peel Sessions and four Festive 50 entries, including the number one in 2002.

‘Get Me To Prague’ was written and recorded in 1999 on a Yamaha four-track tape recorder using a bomtempi organ, casiotone and Moog Rogue. Recorded in a single evening, the track is an exploration into proto-germanic electronica in the style of Ralf & Forian era Kraftwerk. Taking 22 years to get a mix he was happy with, Cresswell cites this as because “I didn’t like the snare sound.”

In 2001, Saloon were asked to offer a track for a tribute to a ‘The Lord of The Rings’ album. The rest of the band were less-than enthusiastic, but for Cresswell, for whom the Spectrum computer game of ‘Rings’ had been a formative experience, it was an offer too good to refuse. In lieu of a proper studio, ‘Radagast The Brown’ was composed one Saturday afternoon in 2001, on the bed of his girlfriend’s grandfather, while he was out watching a Reading FC home game. Also recorded in one sitting, the song was made on a minidisc 8-track recorder, using just a Casiotone keyboard and a Korg MS-10 synth. It is another exploration into primitive chiptune electronica, with echoes of Plone, Jean Jacques-Perry or Gershon Kingsley

Under his solo guise of Rodney Cromwell he released the LP 'Age of Anxiety' in 2015 and 'Rodney's English Disco' EP in 2018, with coverage in Electronic Sound, NME, Huffington Post, Impose, Paste, Record Collector, BBC6 Music and national RNE3 in Spain, for whom he recorded a live session. The debut album featured in scores of Best of Lists including Electronic Sound, and The Electricity Club who named him ‘Most Promising New Act’. His last single ‘Memory Box’ precedes an album of the same, to be released in March 2022; described as “pure hertz tone glory” by Post-Punk.com, it has had numerous blog features and radio plays, not least on BBC 6 Music.


‘Get Me To Prague’ releases on Wednesday 15th December, with digital distribution via Cargo Records and a super-limited lathe cut 7” only available via the Happy Robots label.